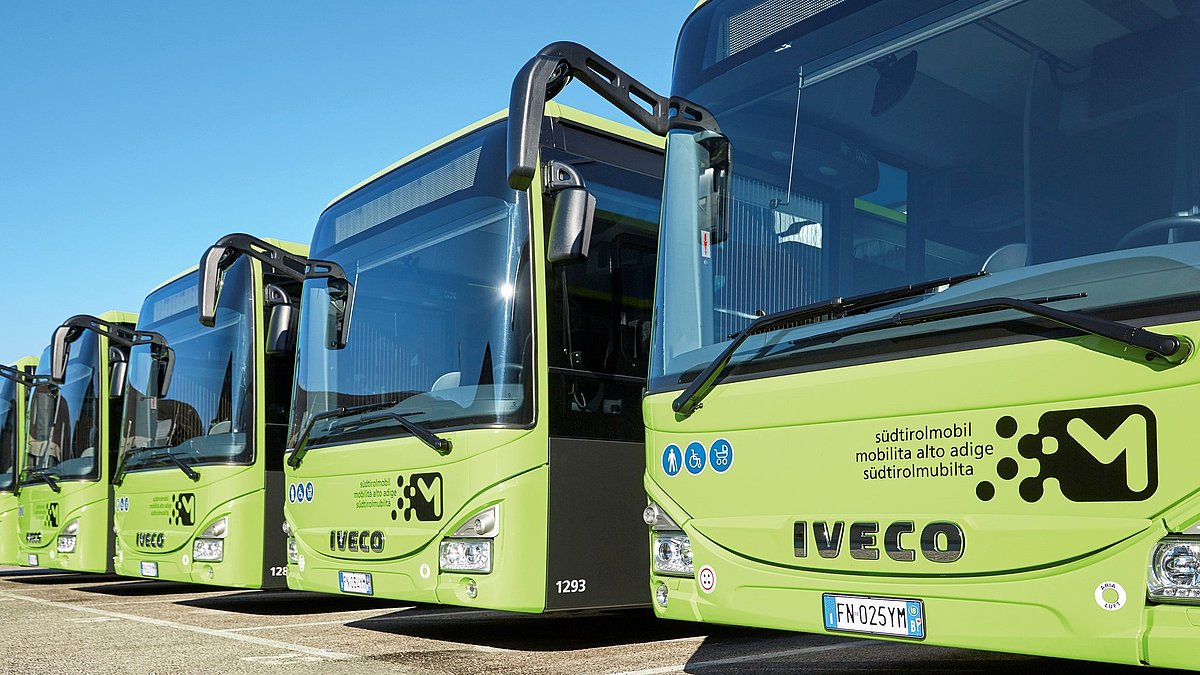 From Monday 05 September, a number of bus departure times and routes will be adapted to match the needs of students and pupils throughout South Tyrol.

Good to know: Buses that run only on school days (in addition to regular, timetable-based schedules) are marked with an “S” in the timetables. Their departure times are only available online: You can find them in our journey planner on the südtirolmobil website or under “School bus services” as PDF timetables.

Please note that these bus services are not featured on the (printed) timetables at bus stops. We therefore recommend that students always use the app to look for their bus connections.

With the return to school, we have fine-tuned many timetables to match school hours and increased a number of routes popular with students: in and around Bolzano/Bozen, for instance, buses serving the routes 1, 5, 110 and 111. There will be additional journeys and amendments with regard to school journeys on the following bus routes:

Only some journeys will be affected along the following routes:

Silandro/Schlanders Citybus 263.1: One journey in the afternoon will be rescheduled. Slight changes will also affect the following routes:

Where necessary, the bus schedules will be adjusted again during the first days of school.

With the construction works outside Bolzano/Bozen train station now completed, bus platform F will be served again from 05 September.

Some bus schedules have had to be adjusted due to insufficient travel times: The 310 Vipiteno/Sterzing – Bressanone-Brixen, for instance, now no longer runs through Sciaves/Schabs. To compensate, the 328 service will be upgraded with an additional vehicle and its route extended by two new destinations (alternating between Fortezza/Franzensfeste and Rio di Pusteria/Mühlbach). It will now also call at Bressanone/Brixen Zona industriale/Industriezone. This means that the Altipiano Naz-Sciaves/Hochplateau Natz-Schabs plateau and the hamlets Fiumes/Viums, Naz/Natz, Rasa/Raas and Elvas will now for the first time have a direct link to the industrial park of Bressanone/Brixen.

460 Badia-Gadertal valley and 342 Lazfons/Latzfons – Bressanone/Brixen: There will be changes to some early-morning journeys. The summer schedules of the 357 and 358 services throughout the Gardena/Gröden valley will be extended to the whole year but run on a slightly a reduced timetable outside of the peak tourist seasons.

Cuts on individual bus routes to remain in place