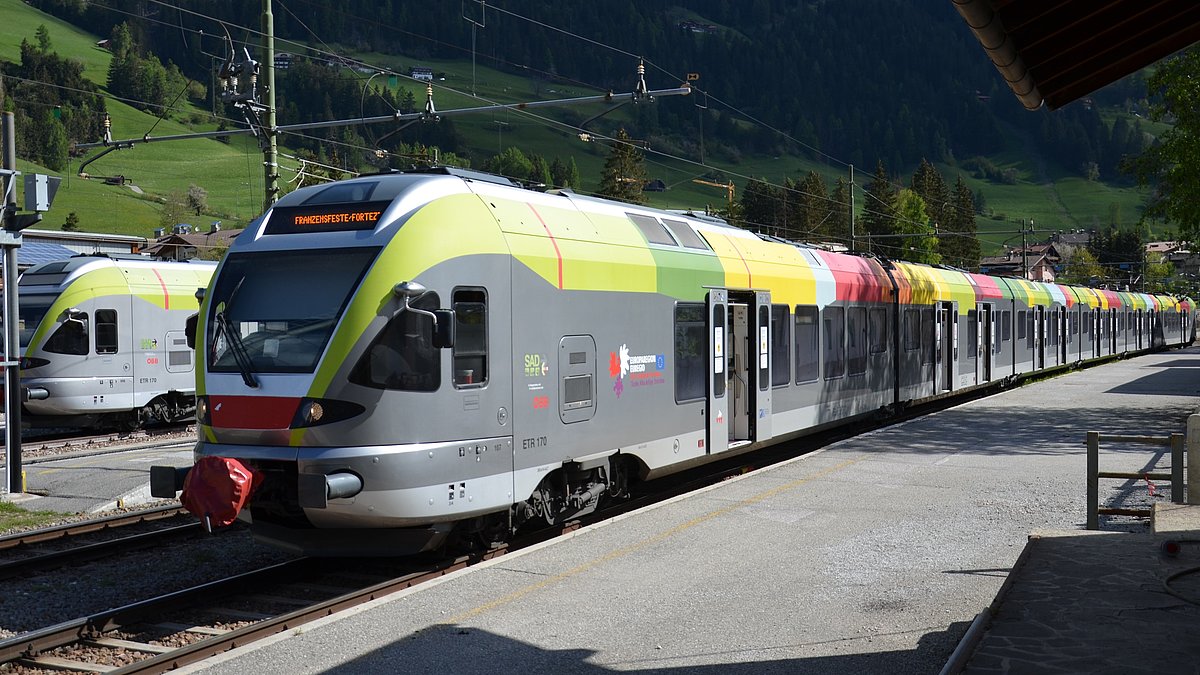 On Sunday 30 October, there will be no trains in the entire Pusteria/Pustertal valley all day. Train services between Brunico/Bruneck and San Candido/Innichen will remain suspended until 4 November.

Due to a series of extensive construction and maintenance works, there will be lengthy interruptions to rail traffic in the Pusteria/Pustertal valley over the course of the coming days. On Sunday 30 October, the entire train line between Fortezza/Franzensfeste and San Candido/Innichen will be closed, with all trains suspended that day. Train services between San Candido/Innichen and the border will be suspended from 9 in the morning until 12 noon.

The section between Brunico/Bruneck and San Candido/Innichen will remain closed from Monday 31 October to Friday 4 November in order to complete the construction works on the railway bridge at Valdaora di Sopra/Oberolang. Following heavy rainfall in November 2019, a landslide had washed out the railway line. At the time, the damaged area was repaired provisionally. Now it will be permanently secured with a bridge-supporting structure. To complete the works, the tracks between Brunico/Bruneck and San Candido/Innichen will have to remain closed for several days. In an attempt to limit the inconvenience, after consulting with the infrastructure manager RFI, a school holiday week was chosen.

Rail replacement services: Replacement buses will run every half hour on weekdays and every hour on Sundays and public holidays.

In cooperation with the rail network operator RFI, STA – Strutture Trasporto Alto Adige SpA/ Südtiroler Transportstrukturen AG – will use the days during which the track are closed to carry out urgent repair and maintenance work at a number of stations: In San Lorenzo/St. Lorenzen and Brunico Nord/Bruneck Nord, for example, the platform roof will be refurbished, and in the latter the platform will also be repaired. At Perca/Percha station, the roof of the footbridge, which was damaged during storms last August, will be rebuilt.