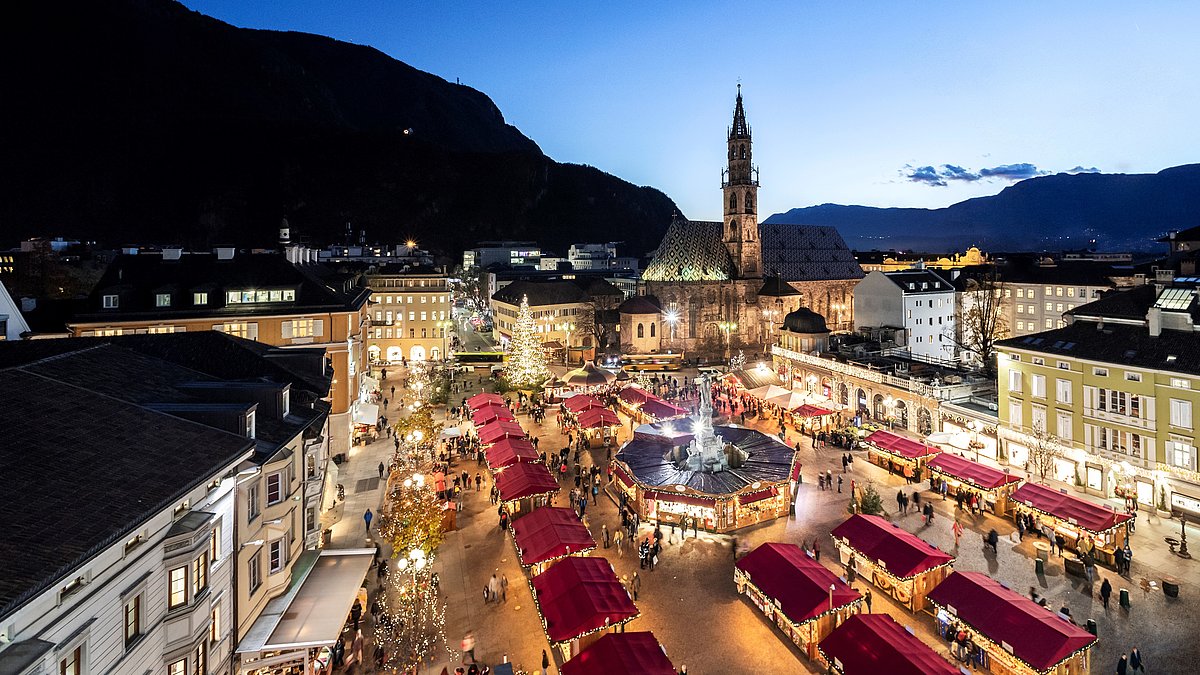 Visiting the Christmas market in Bolzano/Bozen?

Don’t get stuck – use public transport!

Whether you’re headed to the Christmas markets, going shopping or planning a stroll through the festive capital – every car that’s not on the road makes the city centre a little less congested.

In the run-up to Christmas, public transport connections to central Bolzano/Bozen will be ramped up once again this year. For visitors arriving from the south, an additional train service is available between Bolzano/Bozen and Verona on Saturdays, Sundays and public holidays between 26 November and 18 December, departing from Verona at 8:40 in the morning and returning from Bolzano/Bozen at 16:36. Please note: This service does not stop at all stations.

Between Bolzano/Bozen south and the city centre, there will be a free shuttle bus on Saturdays, Sundays and public holidays from 26 November to all of 11 December, as well as on 9 December. This service will run between Piazza Verdi/Verdiplatz and Fiera Bolzano/Messe Bozen, where it will stop on Via Marco Polo/Marco-Polo-Straße, at 8-12 minute intervals.

More detailed timetables are available on this website and in the südtirolmobil app.